Welcome to the world’s biggest Symbaroum campaign. I am Caligula, the world’s most famous DM. You probably know me from the Wizards boards and my “Total Recap!” concept. I will lead my players through the dark evil that besieges Davokar. With me are some of Sweden’s best roleplayers. Will they prevail? Read and find out!

All hail the players:

Michal Burda, friend and new player. Michal has recently joined the group and plays “No-name” (No-name has not been uploaded yet).

Fredrik Hegren, friend and long time player has joined the group but not yet had the time to play. We hope to see Fredrik H before long. Fredrik has not created a PC yet but we will fill in the details as soon as he has one ready for battle in Davokar. He told me it will be a Witchmaster or a Ranger.

Krister Persson, a long time player. Krister followed us here on Obsidian Portal and asked to join the group. He joined in the 3rd part of the Copper Crown, Tomb of Dead Dreams. Krister helps to translate Symabroum to the French licensees so we are happy to have him with us. Krister plays Aramar, and used to play Arconio who sadly fell in battle with Serex of Attio in the adventure Wrath of the Warden. Whip has entered to replace Arconio and also brings his familiar Geysir with him.

Magnus Saletti came over from our Call of Cthulhu group (see my other site here at Obsidian Portal: Horror on the Orientexpress – Total Recap!) and plays the characters Gennaro and Klodovig.

From afar is Kim who lives some 400 km away from Stockholm but joins us on Hangouts-link. Kim plays Noggr, the groups only goblin.

Our latest addition i Erik Thörnberg who I have known for a long time and who also writes fantasy in his spare time. Erik plays the female character Sentina de Grummi.

Another late edition is Fredrik Lemmetty. He was brought in when Caligula sold him some suspicious books of secret lore. Lemmetty plays the characters Imro and Kackmack.

We have indeed a strong and committed group, probably the best and most experienced on planet Tellus. Adding to that the expertise on the game by Krister Persson and Michael Patocka, I am sure these guys are heading for total victory for the whole epic 7-part campaign. Follow us and see how they fare. 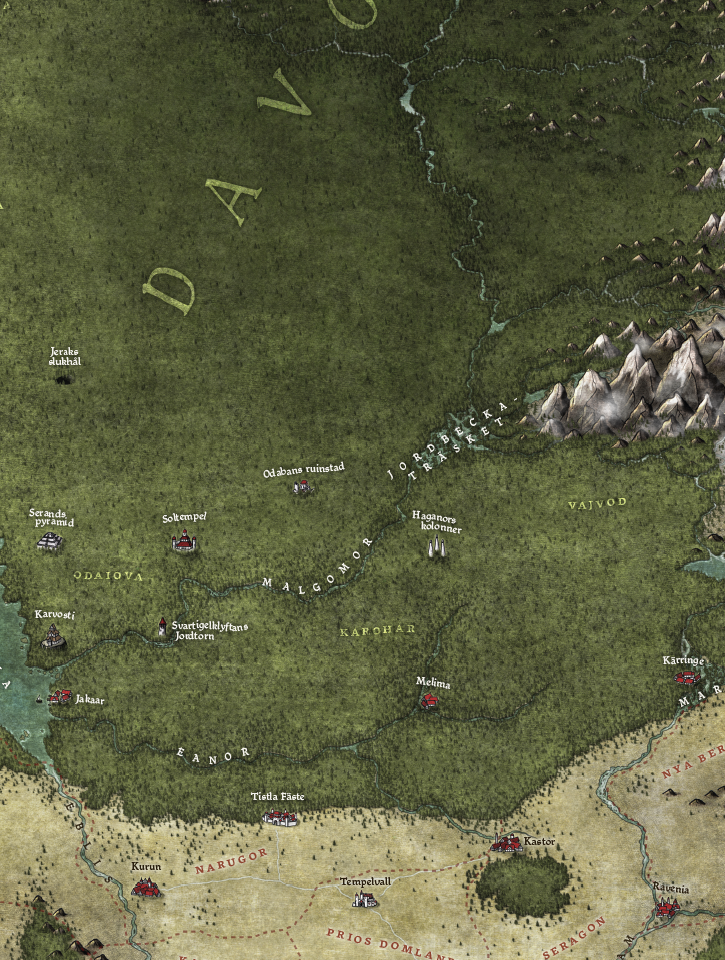 Cgregory, welcome to follow our brave adventurers as they penetrate deeper into the dark forest of Davokar. An old disease eager to spred will soon awaken once more from its slumber.

Symbaroum is a new Swedish roleplaying game that has been translated into 7 languages including English.

Here is a link to the games website: http://imgur.com/gallery/KTmD6

Please follow us on our journeys and the next game session is on Tuesday.

I had never head of Symbaroum before. Looks interesting.

I'm sorry, but we no longer support this web browser. Please upgrade your browser or install Chrome or Firefox to enjoy the full functionality of this site.